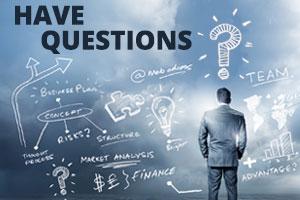 In 2010, the Atlanta Falcons announced plans to construct a new retractable-roof, multi-purpose stadium to replace the Georgia Dome, the team’s current home field. Thus, in 2014, the Mercedes-Benz Stadium, which will be home to both the Falcons and Atlanta United FC of Major League Soccer (MLS), officially broke ground and is expected to cost a total of $1.4 billion. Considering the Mercedes-Benz brand name, the price point of tickets, and the cost of concessions, the overall cost of attendance would likely rank low on the affordability scale for most NFL fans. However, the Atlanta Falcons are seeking to change that perception and drive higher game attendance with a new, low-price concessions plan to be implemented at the stadium’s opening in 2017.

According to the announcement, all concession items will be priced at street value. Hot dogs will be priced at $2.00, 2.65 times lower the 2015 NFL stadium average of $5.29. Additionally, $2.00 soft drinks, much lower than the NFL’s average $4.79 20-ounce soft drink, will feature unlimited refills at self-serve stations to provide for easier access. Moreover, pretzels, Dasani bottled water, and popcorn will also be priced at $2.00. Slices of pizza, waffle fries, and bags of peanuts will run $3.00 each. The stadium will also feature food and beverage items from nationally recognized chain restaurants but at the same prices fans would pay at regular locations. Thus, depending on the items selected, the Falcons claim a family of four can eat for around $30.00. that concession prices only comprise a small percentage of an NFL team’s annual revenue, this revolutionary change in concession prices is unlikely to drastically hurt or help the organization’s bottom line. For example, the Indianapolis Colt’s Lucas Oil Stadium only generated $5.2 million in food and drink sales in 2013, compared to $226.4 million in share of national revenue that each team received from television revenue, national sponsorships, licensing, and merchandise sales.

This does not include the revenue generated from either ticket or local retail sales. Thus, from a financial valuation standpoint, this proposition makes sense, as it will likely drive ticket sales, which would offset the lower food and drink price points.  This strategic move to improve the fan experience comes amid declining gate attendance in many venues across the NFL.  The number of fans attending NFL games has fallen from 20.3 million in 2011 to 17.5 million in 2015.  The Falcons saw a decline of 2.5% from the prior year.

This new “fan-first” concession pricing plan will be in effect at Falcons games, Atlanta United soccer games and other major sporting events in the new stadium, including the college football national championship game in January 2018 and the NCAA Men’s Final Four in April 2020. These prices may even remain during the 2019 or 2020 Super Bowl for which Atlanta is a finalist.

If you liked this blog then you may enjoy reading some of our other blogs here.

To receive updates on our news and blogs.